You are here: Home » Another Development in the Continuing School District Saga

We received the Minutes from yesterday’s IEP meeting and are quite pissed off about some of the characterizations: 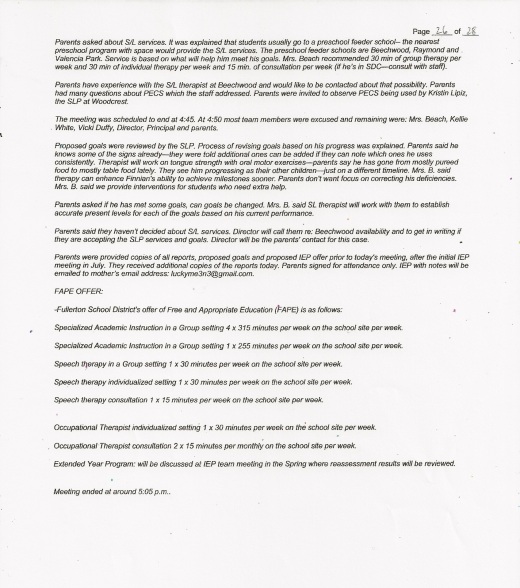 Following is a draft letter I’ve written to respond.  It’s a draft.  I realize it’s rather emotional.  It will most certainly be revised and edited before it goes out in final.  But I wanted to get this on my blog since this seems as good a way as any to create a timeline of this whole nightmare, and frankly, I’m too tired to type up a detailed post right now, so allow this draft response letter to the school district fill in the blanks for you.

2 Comments on “Another Development in the Continuing School District Saga”